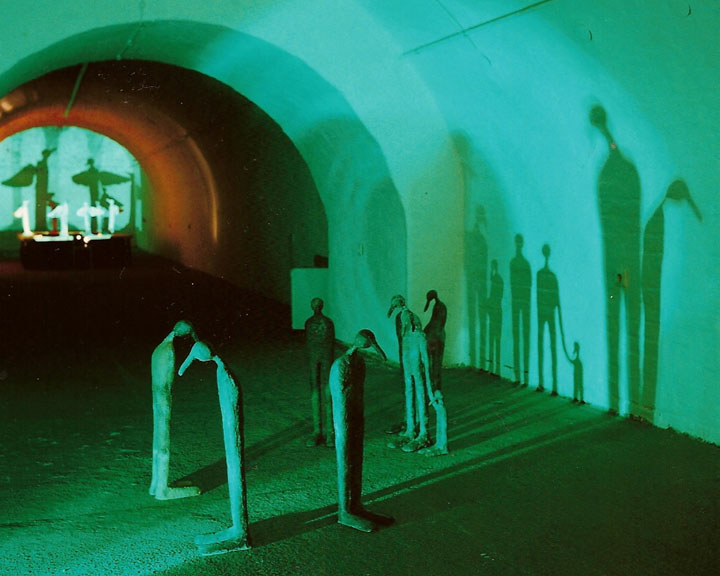 “On this way, we can reach and reach back to the Golden Age – to the realm of harmony where Undertown – as its name suggests – can be identified with Atlantis, the sunk city the residents of which had lived in peace and abundance until they complied with its morals. Or we can reach the place where the idea of Undertown is identifiable with the images and emotions formed in the depths of the soul. Apparently, we all have the desire to live in such cities in order to renown the mysterious world of the soul and the infinity.” 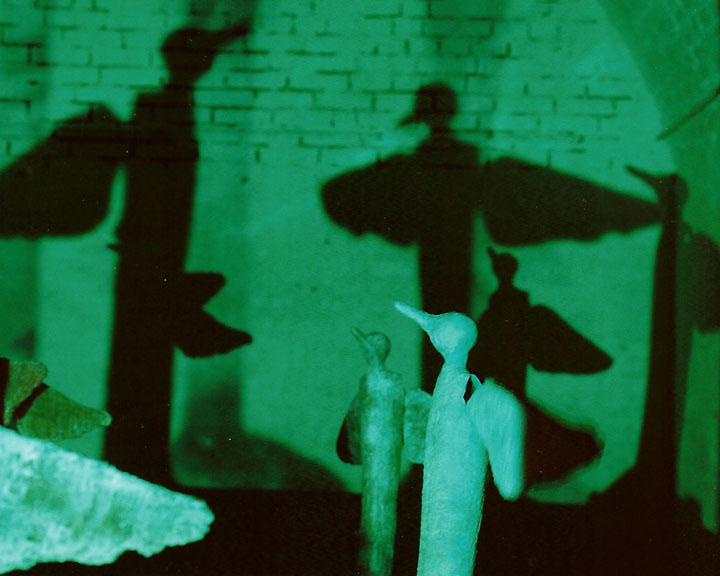 “Zsuzsanna Paál and similar artists of the millennia have received the task to represent the stages of this journey and to approach this experience with revelation. On the one hand, these artists are capable of coupling new and modern tools of art with traditional techniques and genres. On the other hand, they are able to preserve their fresh and lively connections with nature, the elements which can be applied in their own private artistic worlds.”

“Zsuzsanna Paál graduated in Visual Communication at the University of Applied Arts in Budapest and specialised in computer-assisted animation. In her former exhibitions, she used the tools of installations, animated movies and performances in order to unify, relive and make her audience relive that unity in which she is thought to create her art. Water as one of the four elements is a central element in almost all her exhibitions which had been intertwined with the history and myths of humanity.” 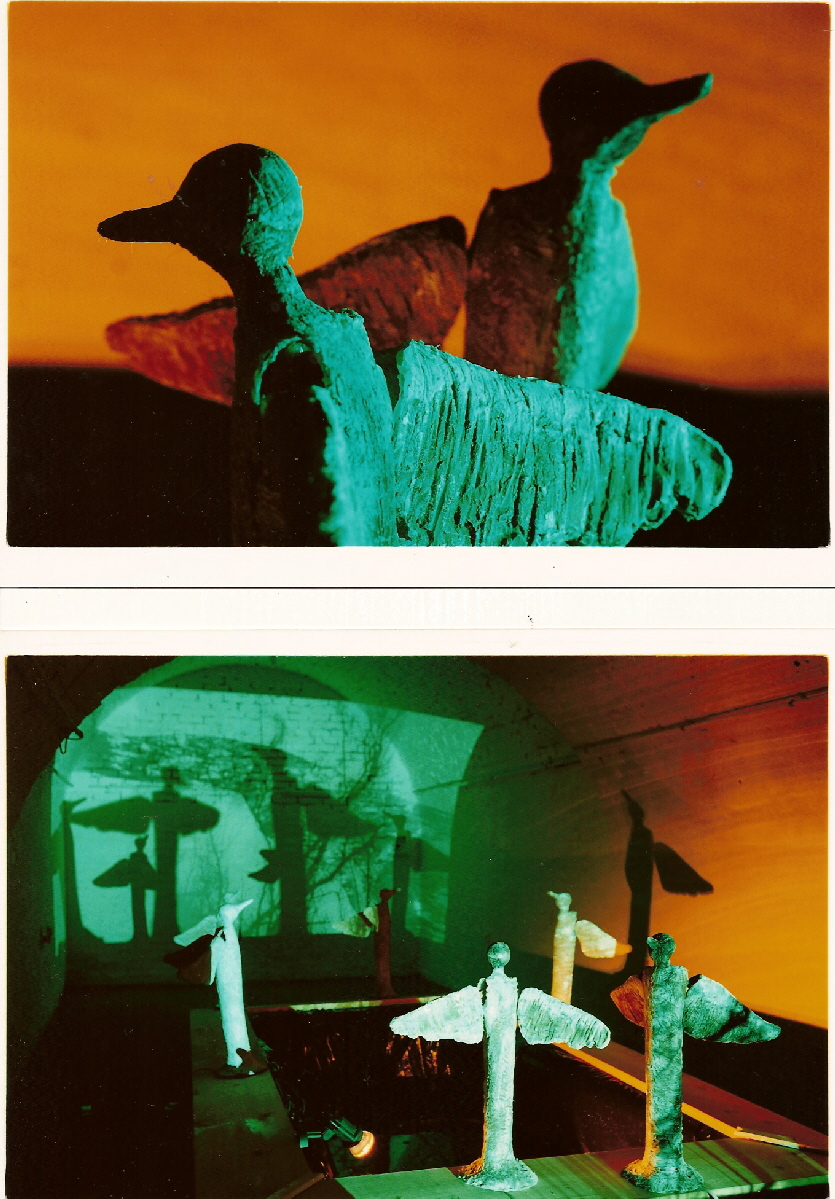 “Water is an infinite source of artistic activities for Zsuzsanna Paál. The little square of the pool is a kind of forum and agora to place the unique realm of creatures resembling the realm of humans, animals or even angels around the water and to project their shadows to the walls of the exhibition space with the help of extraordinary light effects. We can detect even our own shadows on the wall. Real and imaginary worlds overlap here. The artist herself will be definitely seen since she is present in both realms.” 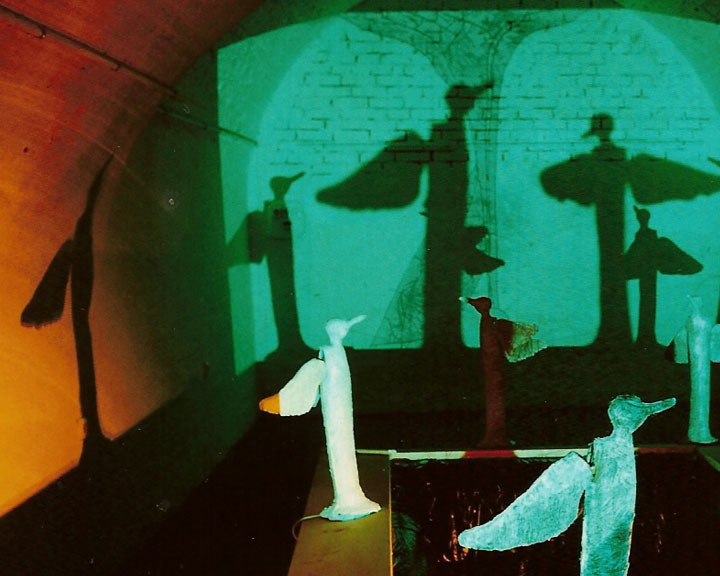 “Just like the expression ‹animation› suggests, she is the one to call creatures into life enriching the 1000 year-old myth of Pygmalion with another chapter. Creating this artwork will become a part of the artwork itself. The performance which is a vital element of Zsuzsanna Paál’s exhibitions includes pre-planned, well-prepared and tested motions as well as improvisations. Ancient gestures are repeated and melodies are heard which were created by nature in order to be reformed and rethought with modern technical tools. We will become participants of a process which reveals one secret and creates a new one. We will become receivers of a much personal and universal message.” (Ernő P. Szabó)

Around the pool, there are mobile statues capable of moving their wings with the help of a built-in motor. The composition functions as a kinetic installation and the wings of the statues are raising and lowering at diverse paces. The illumination has a compositional role for the installation and it tells an additional story about the interrelation of the statues with the help of shadows and projected images.

Some words from the art historian Ernő P. Szabó at the opening: “Through the layers of time and soil we are diving deep down to a well, at least in our imagination. I suppose Zsuzsanna Paál’s main goal is to encourage us to take this road and leave our Gregorian calendars and grids of to-do lists behind. But where does this road go? Certainly not to one specific timeline and point that can be defined topographically. Rather to a realm of life and events without contour where we can get rid of the burdens that our individual destiny, circumstances, character traits and worldly goals impose on us. Unperceived, slowly increasing this burden until it is almost unbearable.”