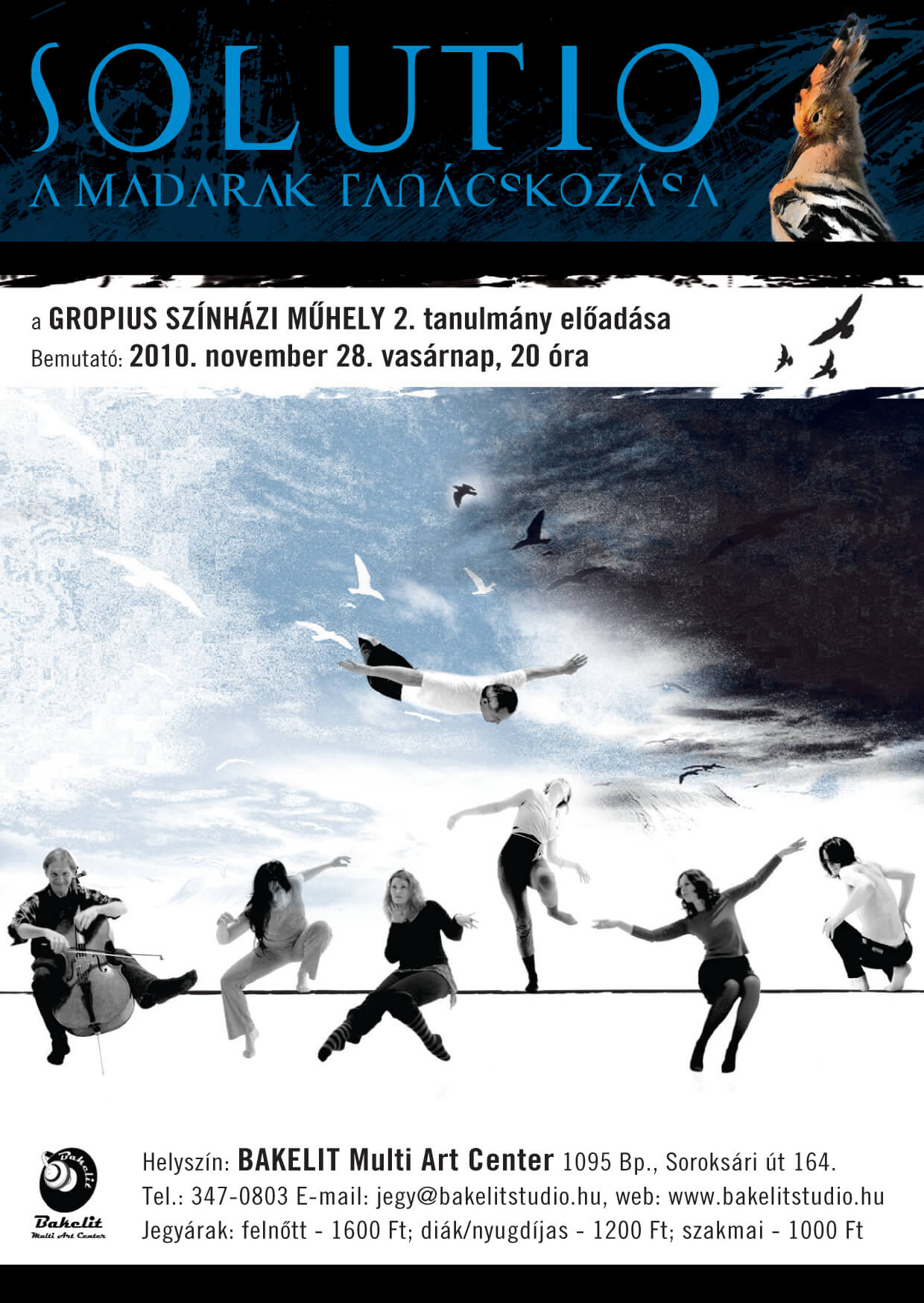 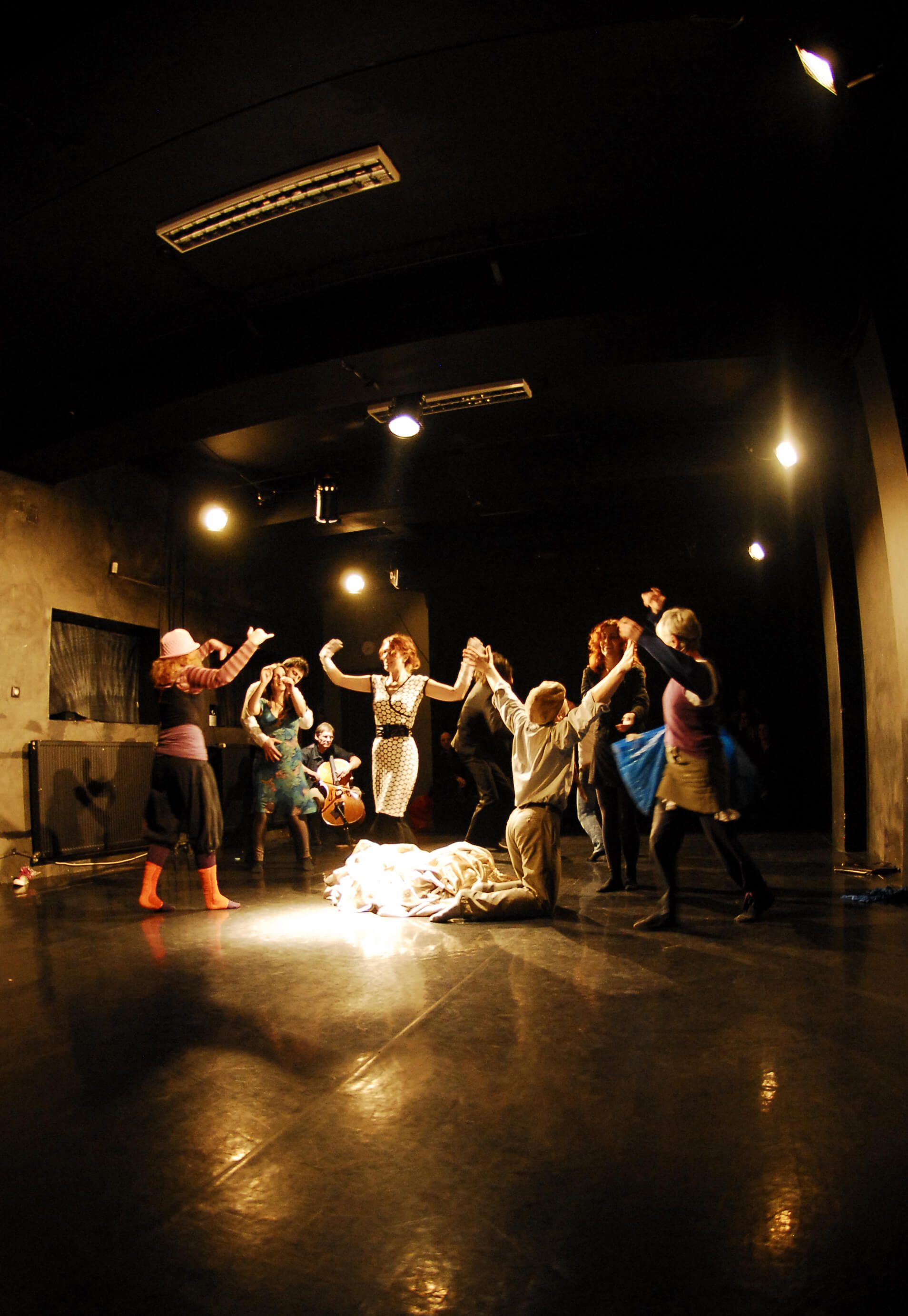 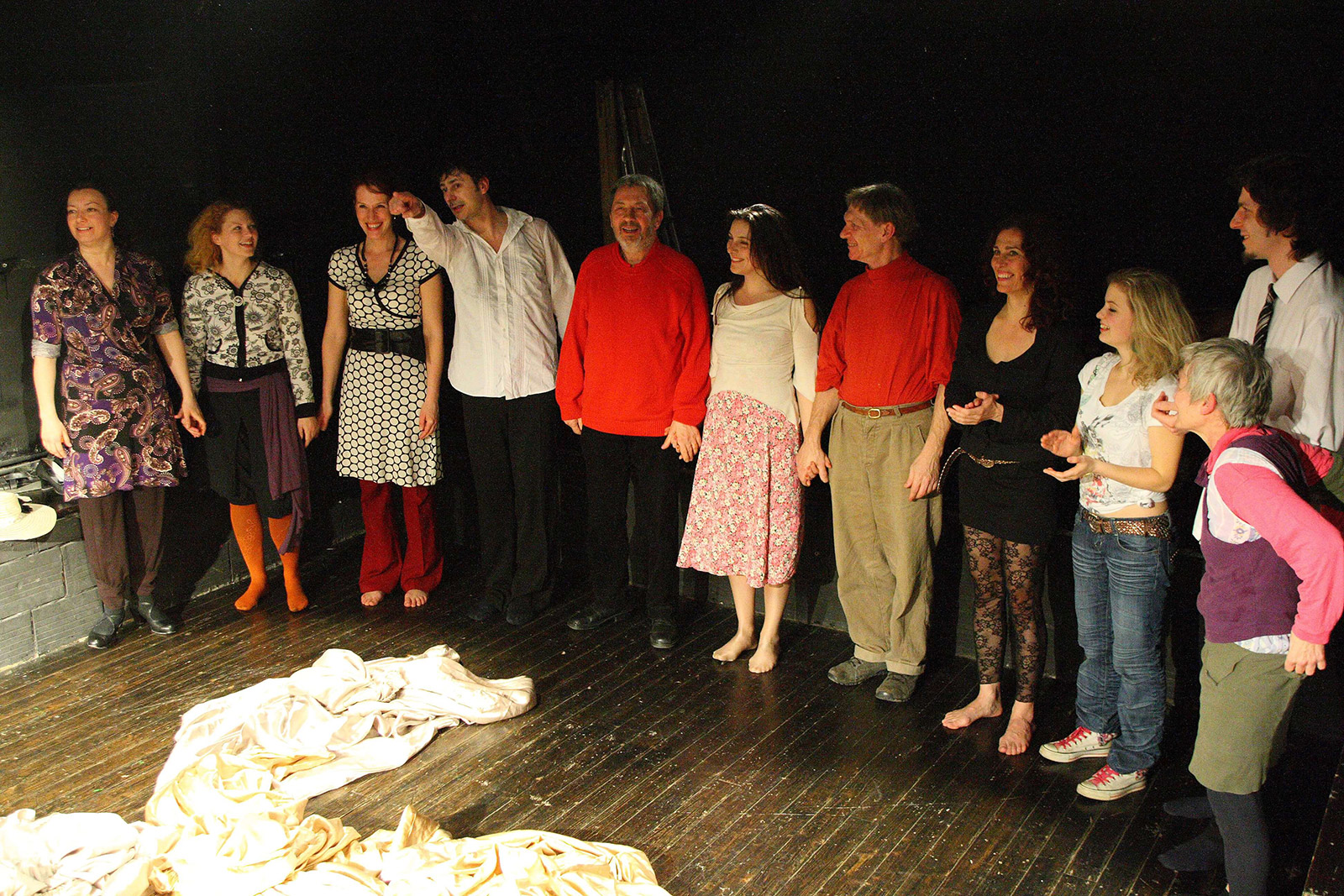 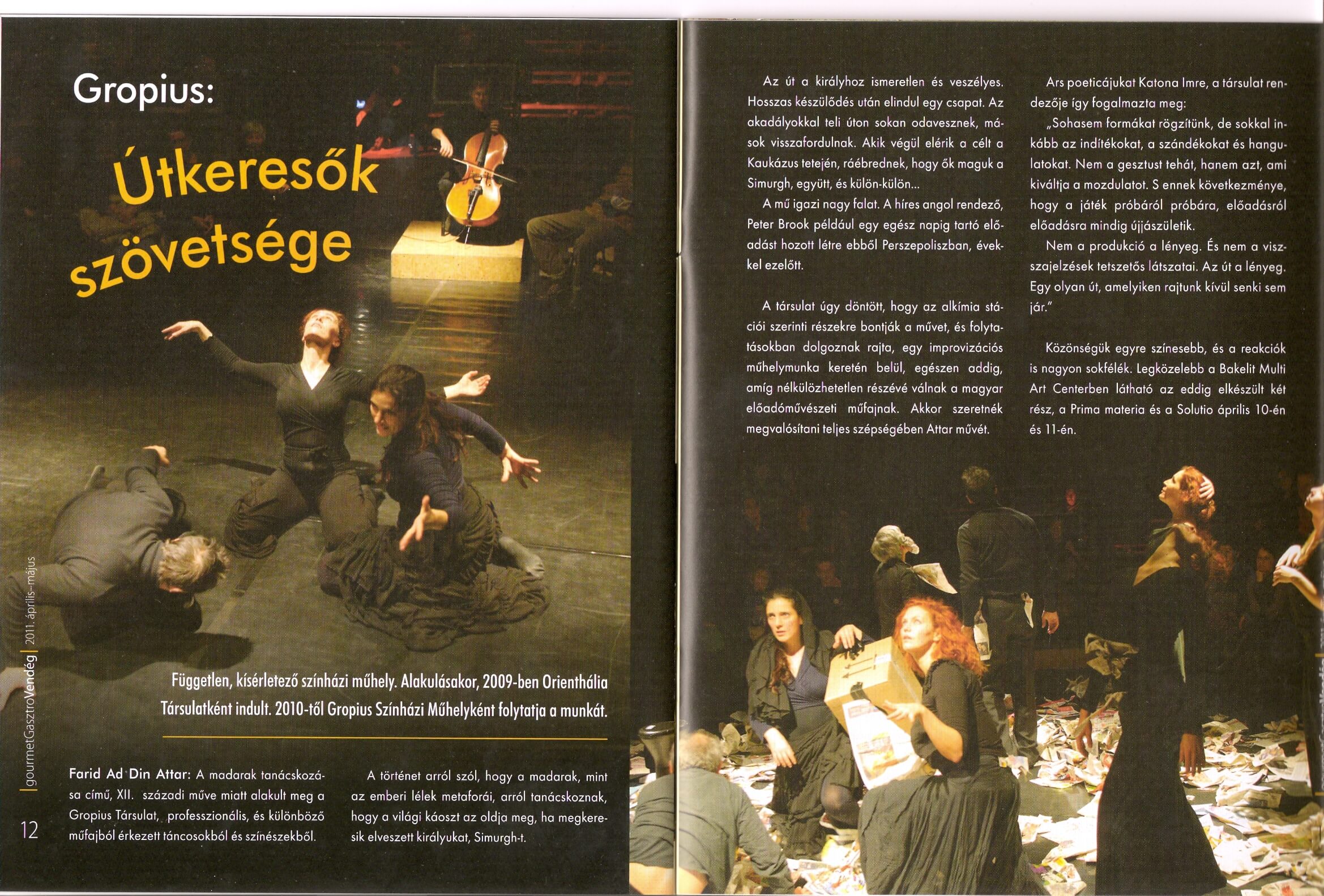 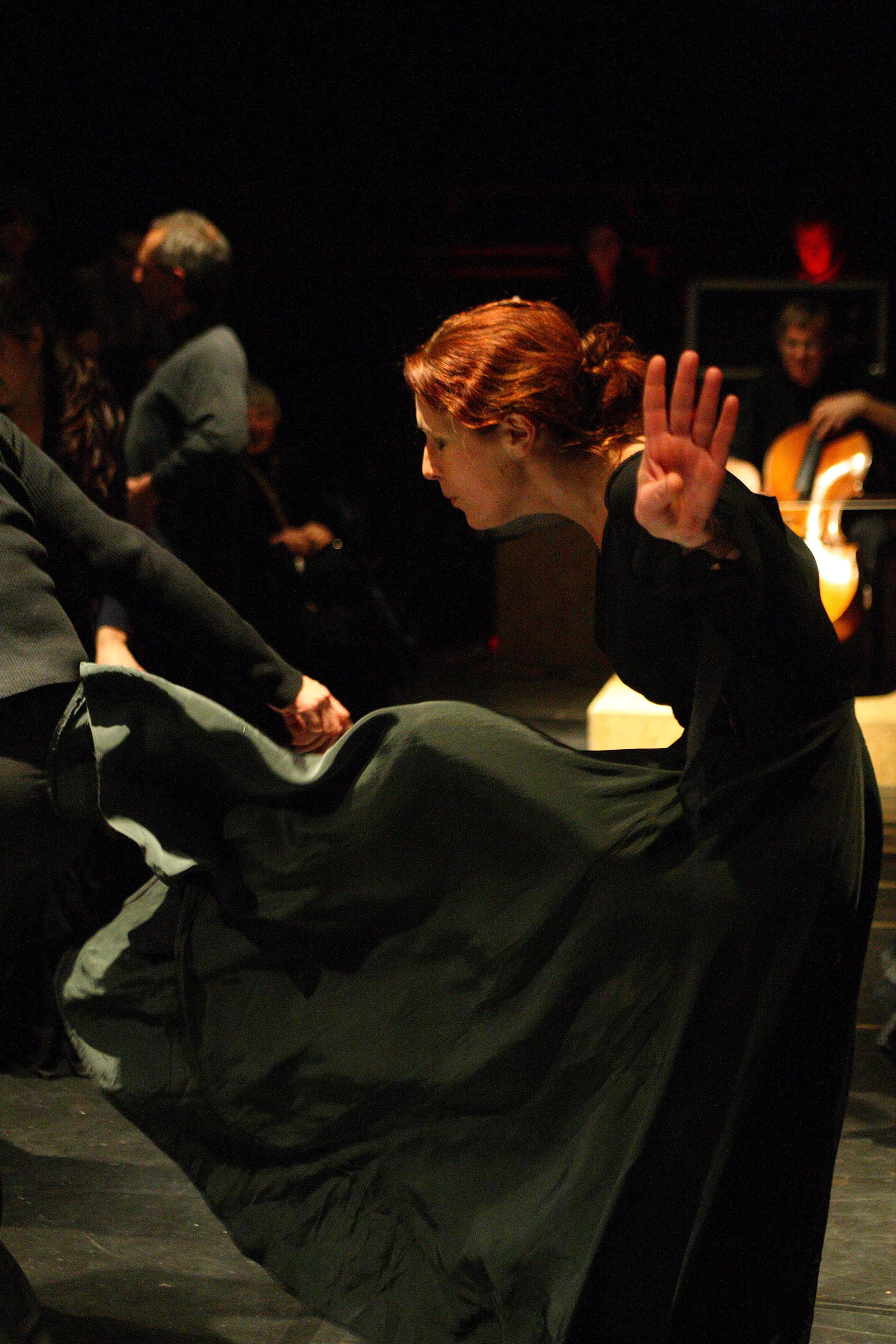 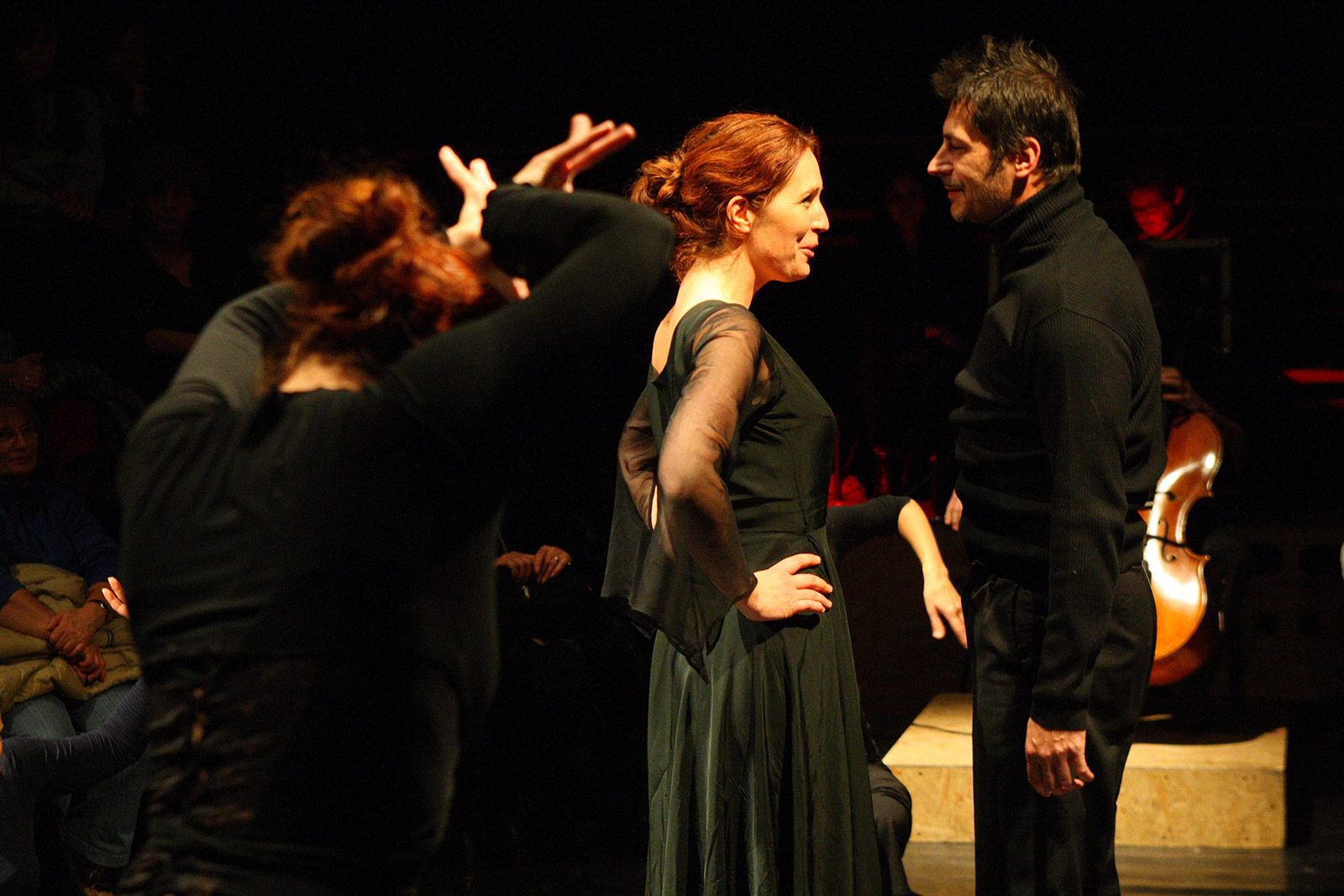 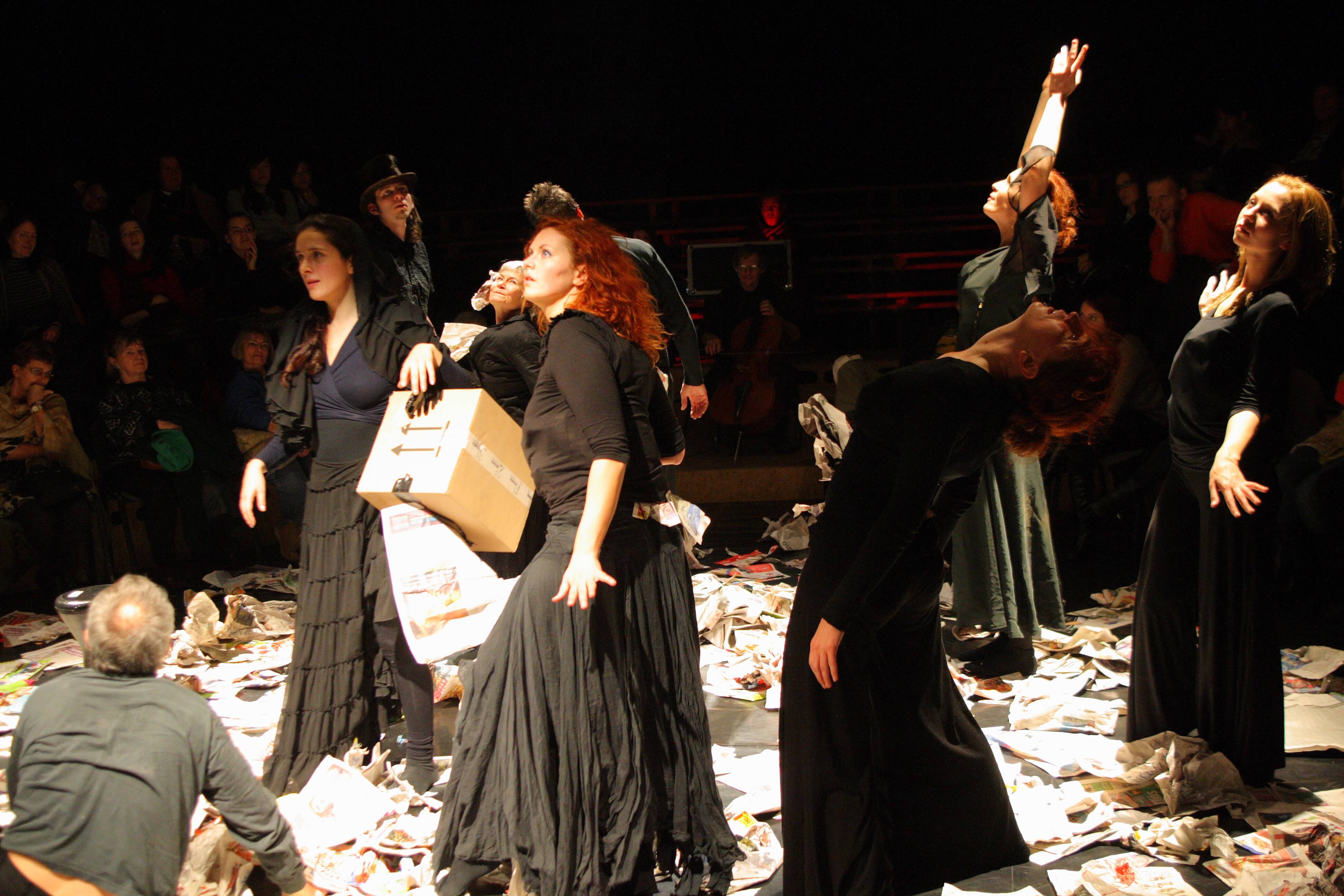 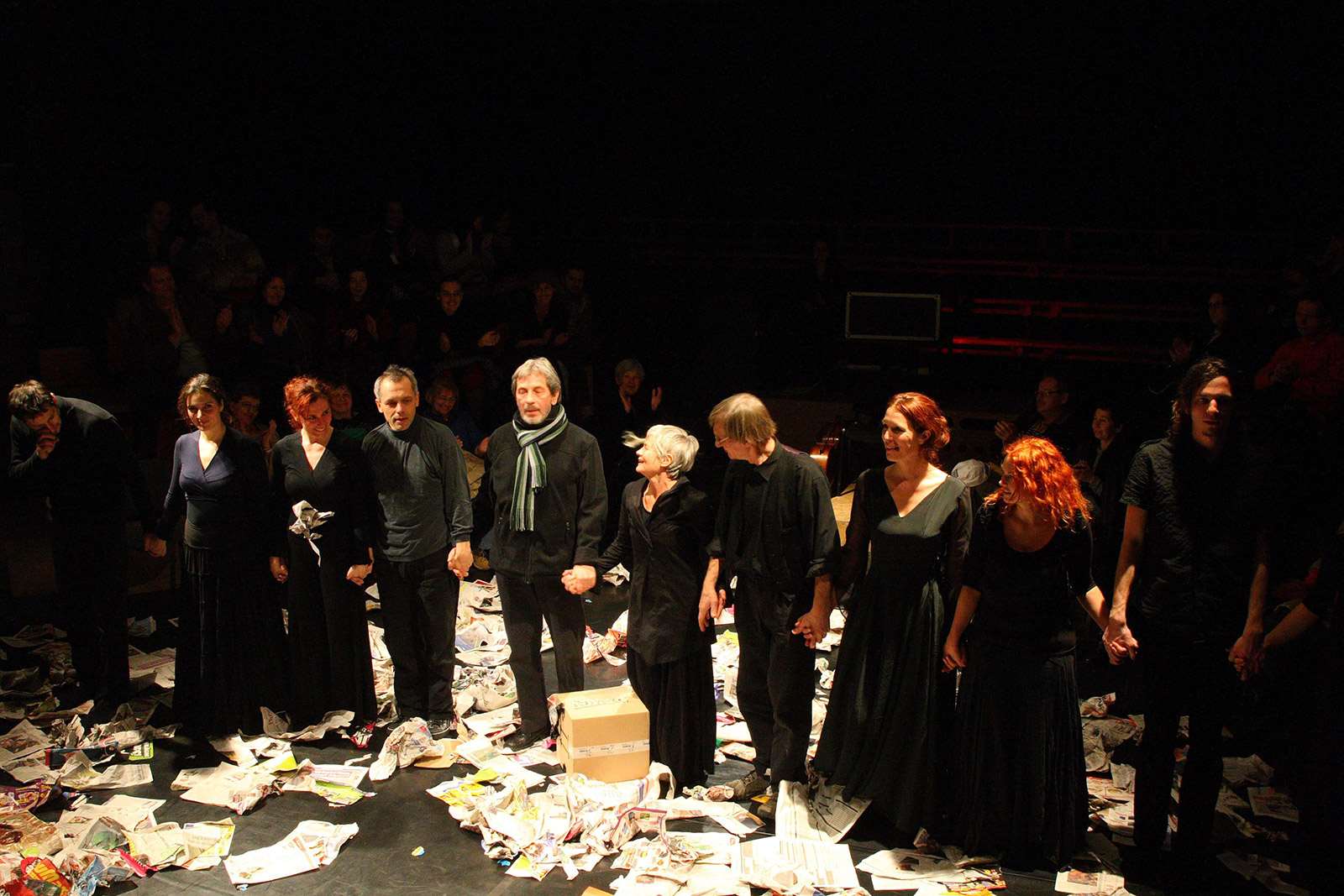 The Conference of the Birds

As a member of Gropius Theatre Group, I took part in three performances of this play between 2009 and 2013.

Our goal was to create a movement theatre performance based on the work “The Conference of the Birds”.

The text itself was written by Farid Ad Din Attar in the 12th century. As metaphors of the human soul, the birds are consulting about the possible solutions to get rid of the chaos of the world: they decide to search for their lost king Simurgh. The journey is challenging and unknown so many birds return and give up the mission. Finally, some of them reach the goal after the exhausting journey but the King is nowhere to find. At this point they realize that Simurgh is within themselves.

We tried to visualise this journey with the help of diverse situations and cut up the story based on the different stages of alchemy. So did the pieces called Prima Materia, Solutio and Nigredo come into being.

The director of this play was Imre Katona: “We never record forms but motives, intentions and atmospheres. Not the gesture itself but the thing which triggers the movement. It has, thus, the consequence that the play keeps renewing itself in each rehearsal and performance. The point is not a production. And not even the fancy images of positive feedback. The point is the journey. A road that has not been walked by anyone but us.”