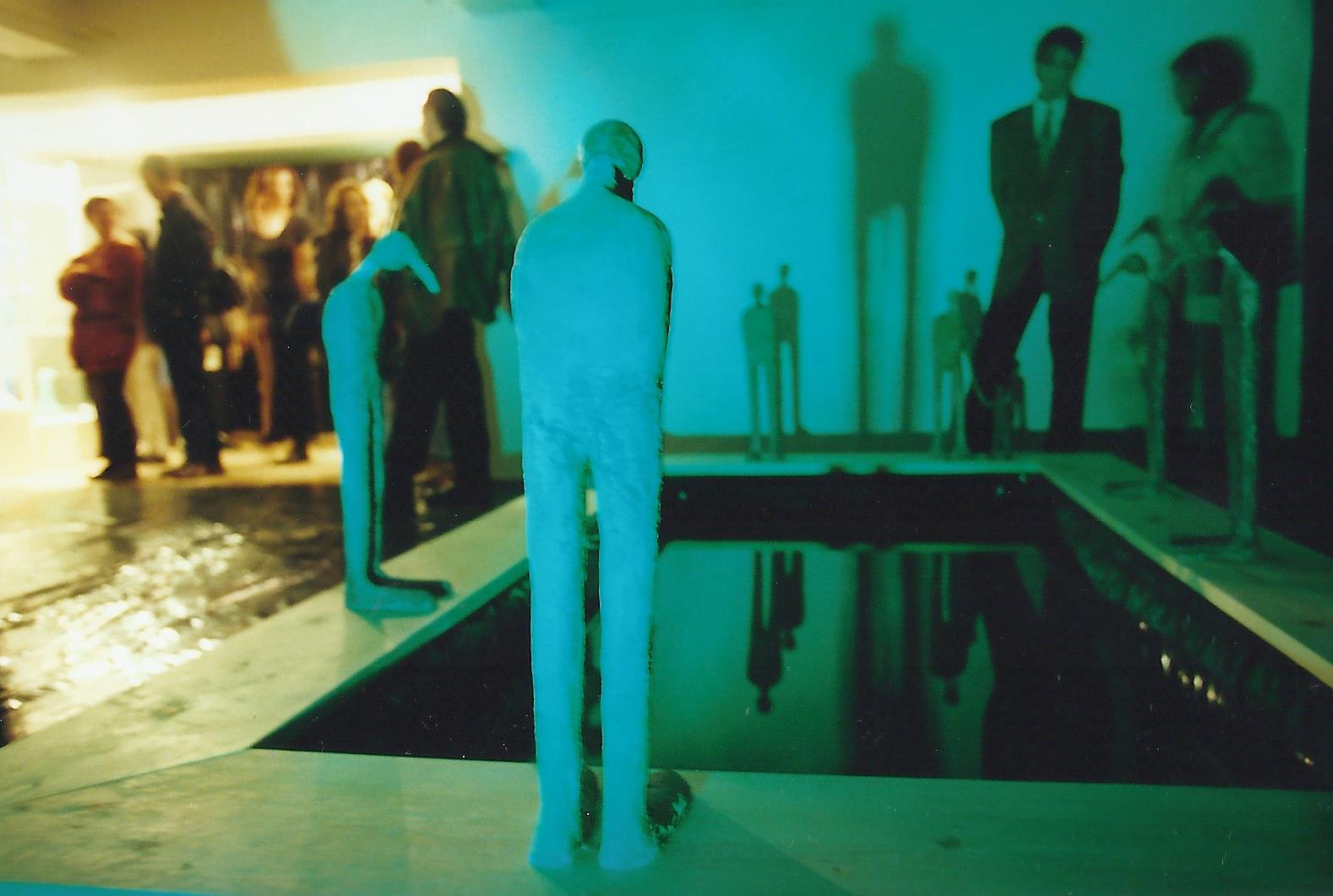 “And we can reach the conclusion that this is a special Gesamtwerk: an individual and dichotomous utterance that we are only at its beginning since it will be enhanced by the upcoming audio collection and the performance of the artist. But we can also claim that these shadows and the vibration, dance, movement and dynamics of light and dark are the works of art by themselves. We might even search for some kind of underlying symbolism here as well… and we’ll definitely find some.” 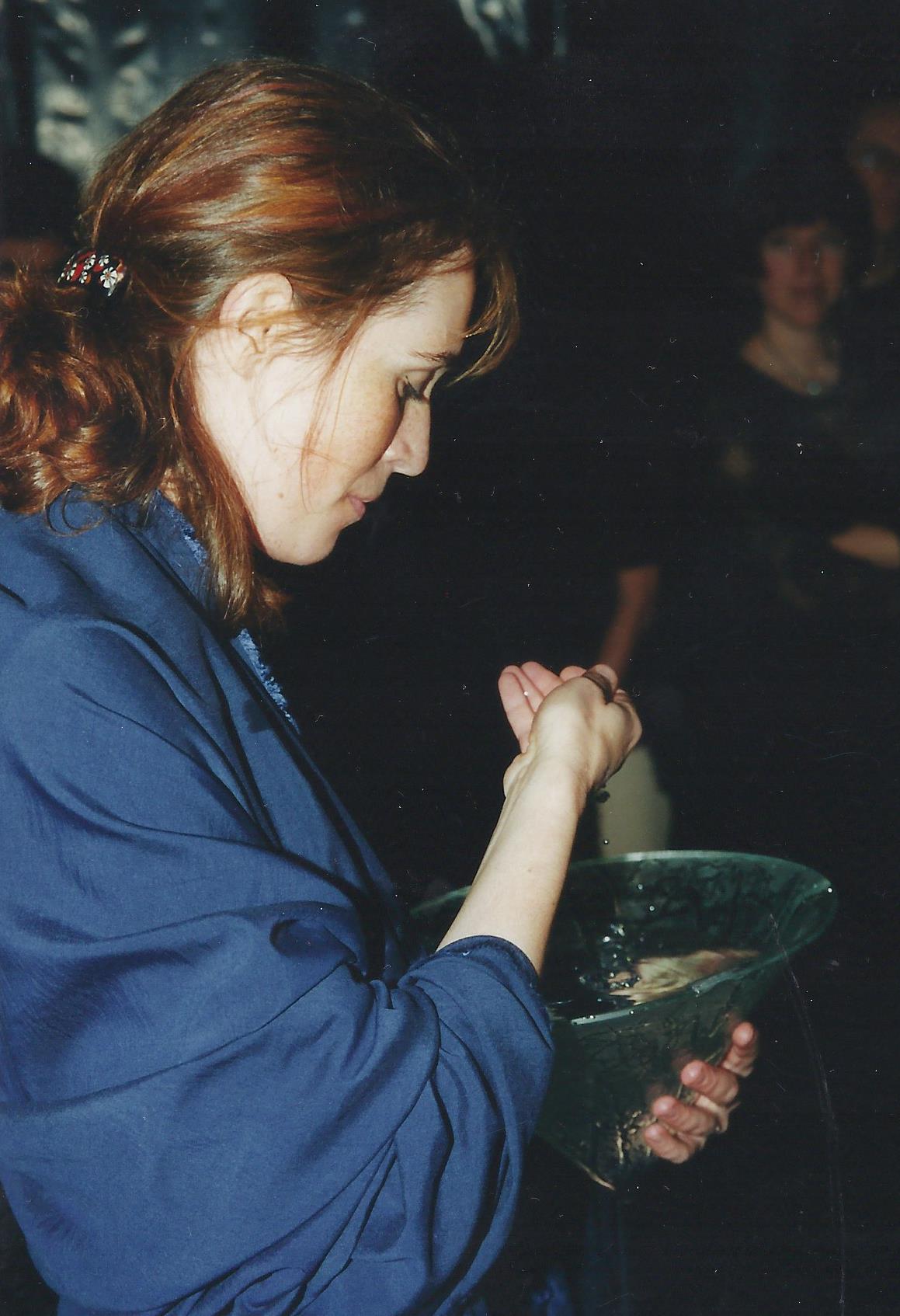 “I think that the immanence of art is not merely the creation of objects. And not the object itself but with the help of certain mediators/media (like the water in our case), a phenomena secreted by the objects.” 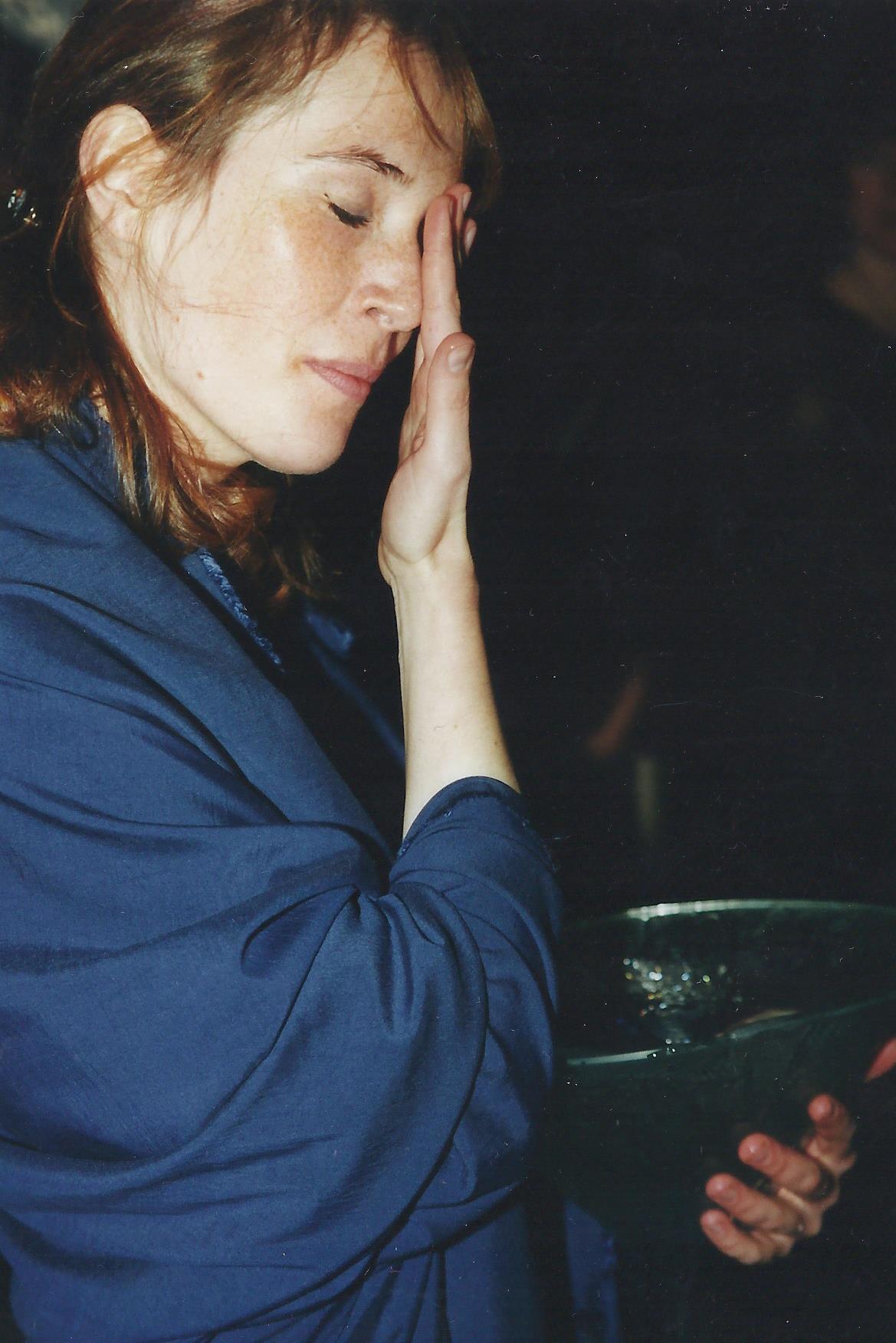 “There is some kind of platonism in this, since it suggests that shadows are the ones to deliver experiences and reflect something for us. But please remember that we’ll try to interpret all this in its completeness and we’ll rise out of this, full of experiences.” 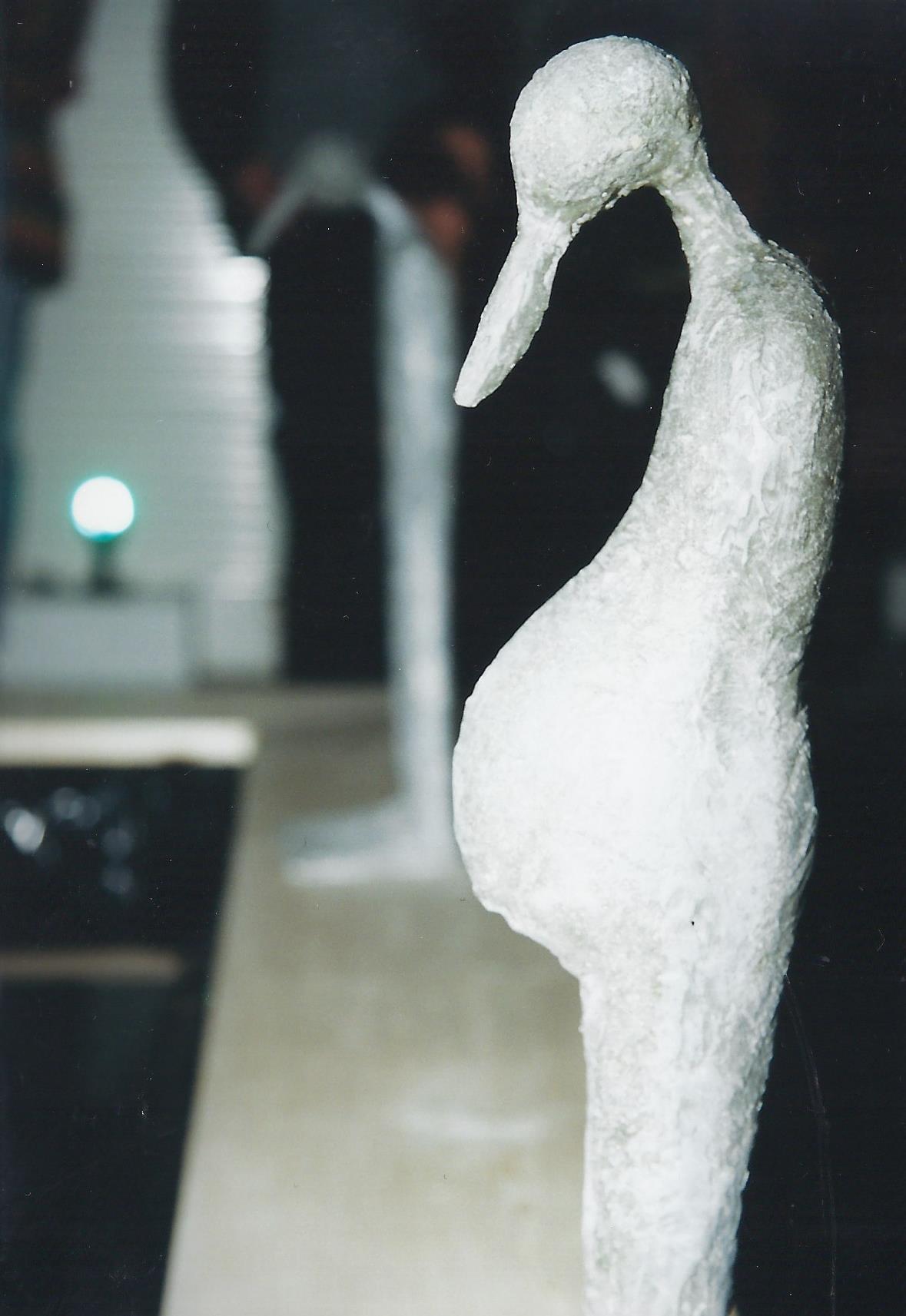 “A special feature of the scenery is the interrelation of light and shadow which is pretty much based on the antonyms of light and dark, as well.” 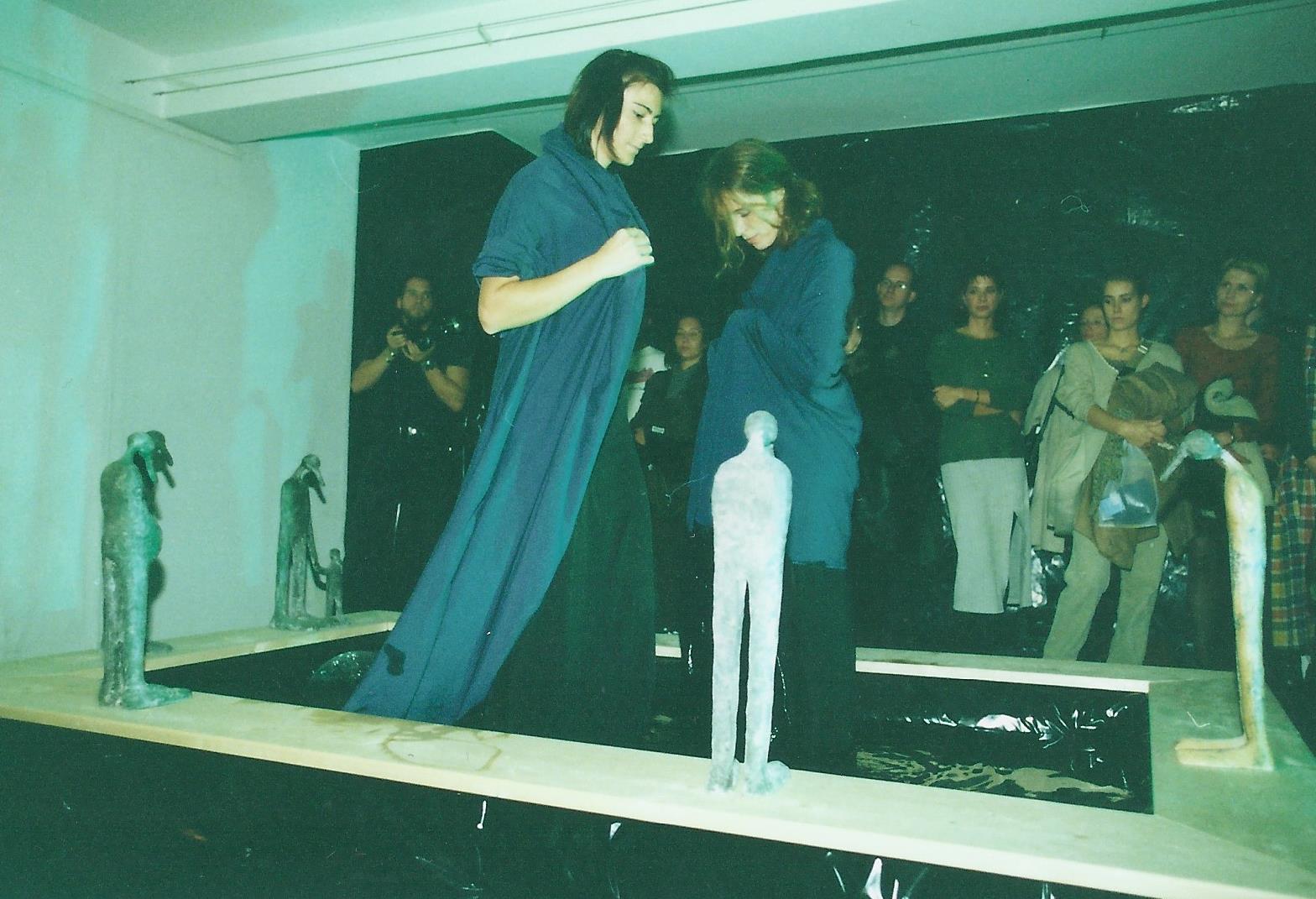 “Although it is a traditional work of art emphasizing certain categories like light, dark, light, shadow and also different colours, this exhibition today is unique in the sense that these categories appear in front of us after the reduction of colours.” 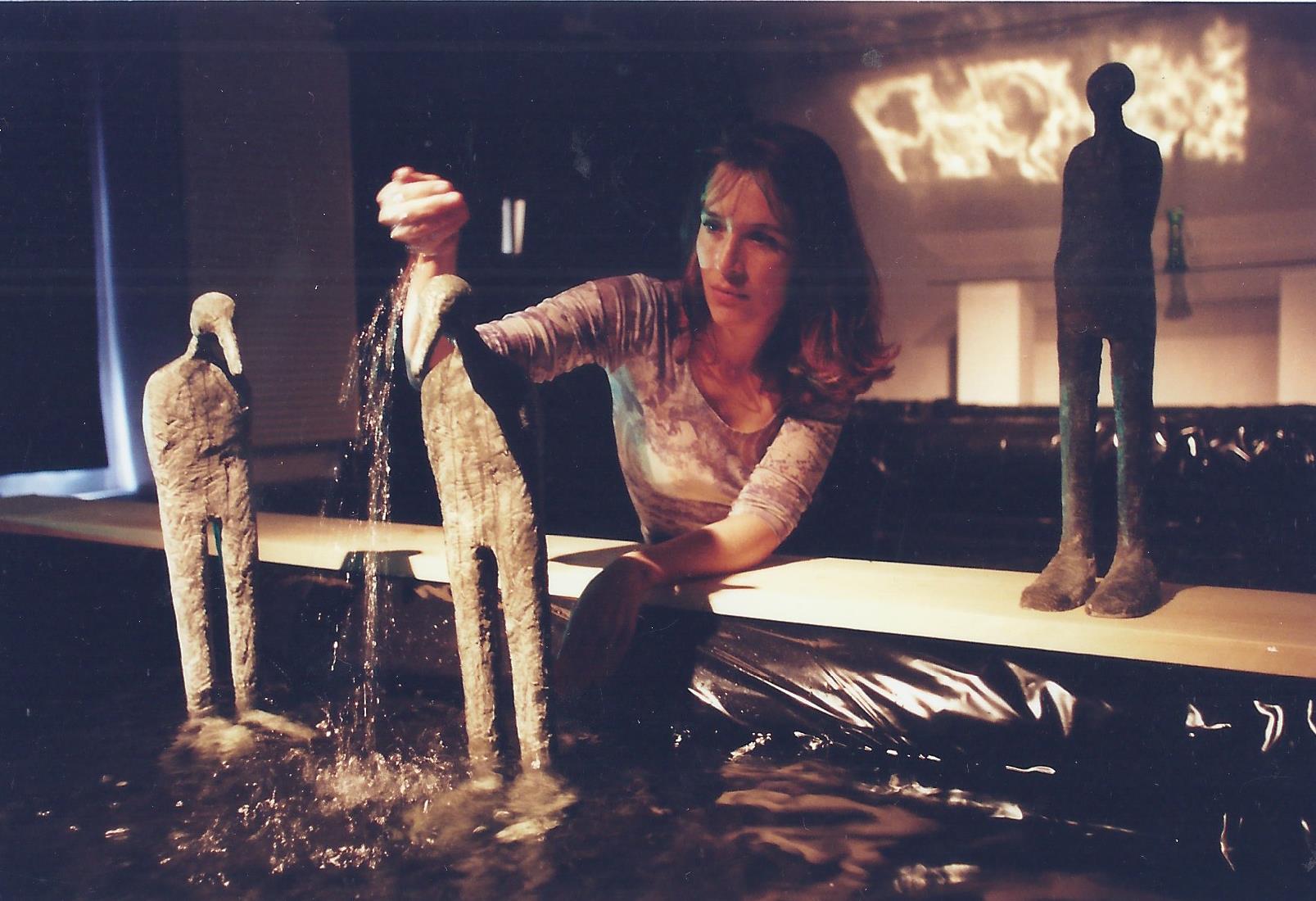 “The artist has stepped into the terrain of intermedial art. Interestingly enough, she is still connected and attracted to her original profession.” 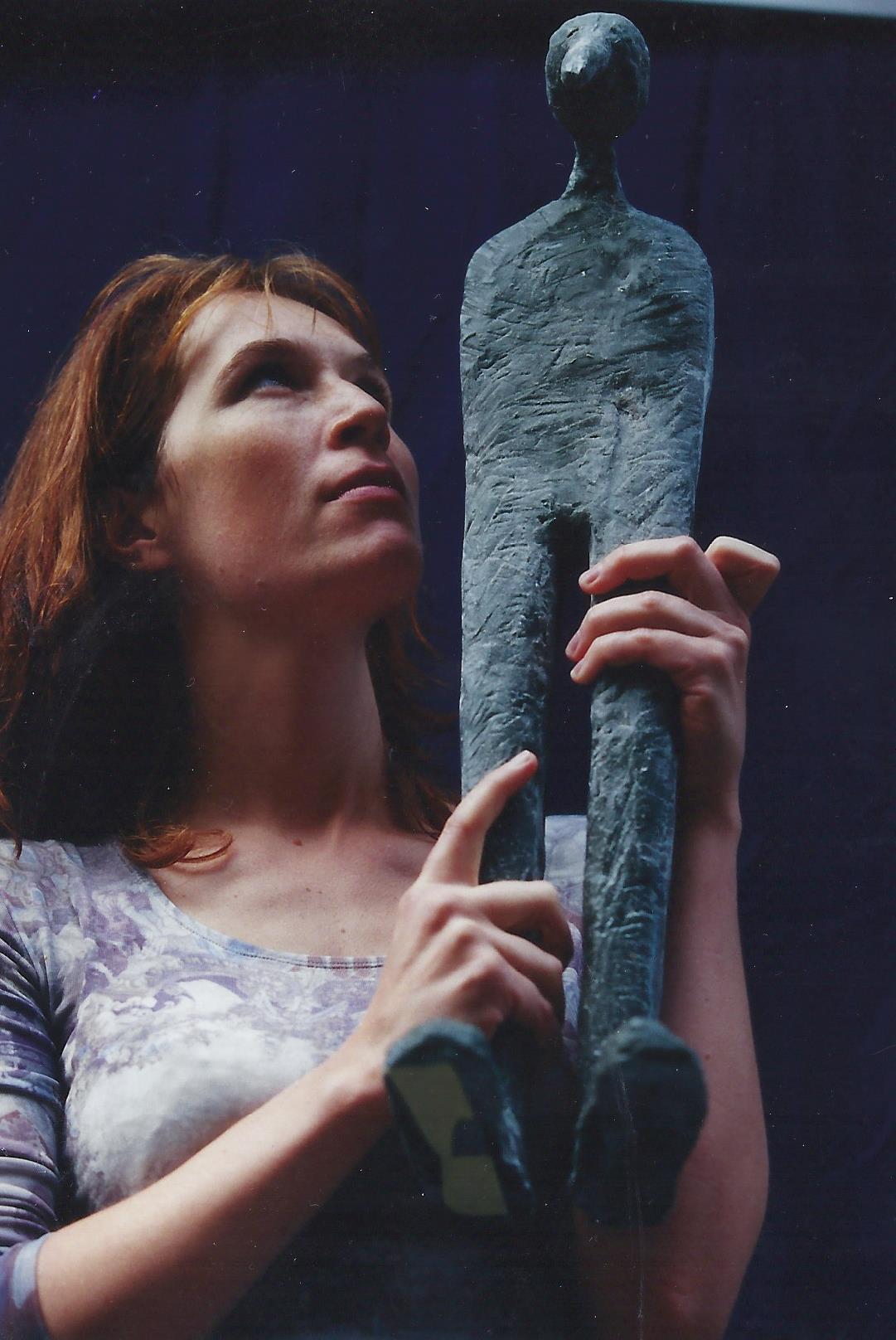 “Since Zsuzsanna Paál literally animates, vitalizes, “encourages and motivates” the toolkit at her disposal.” 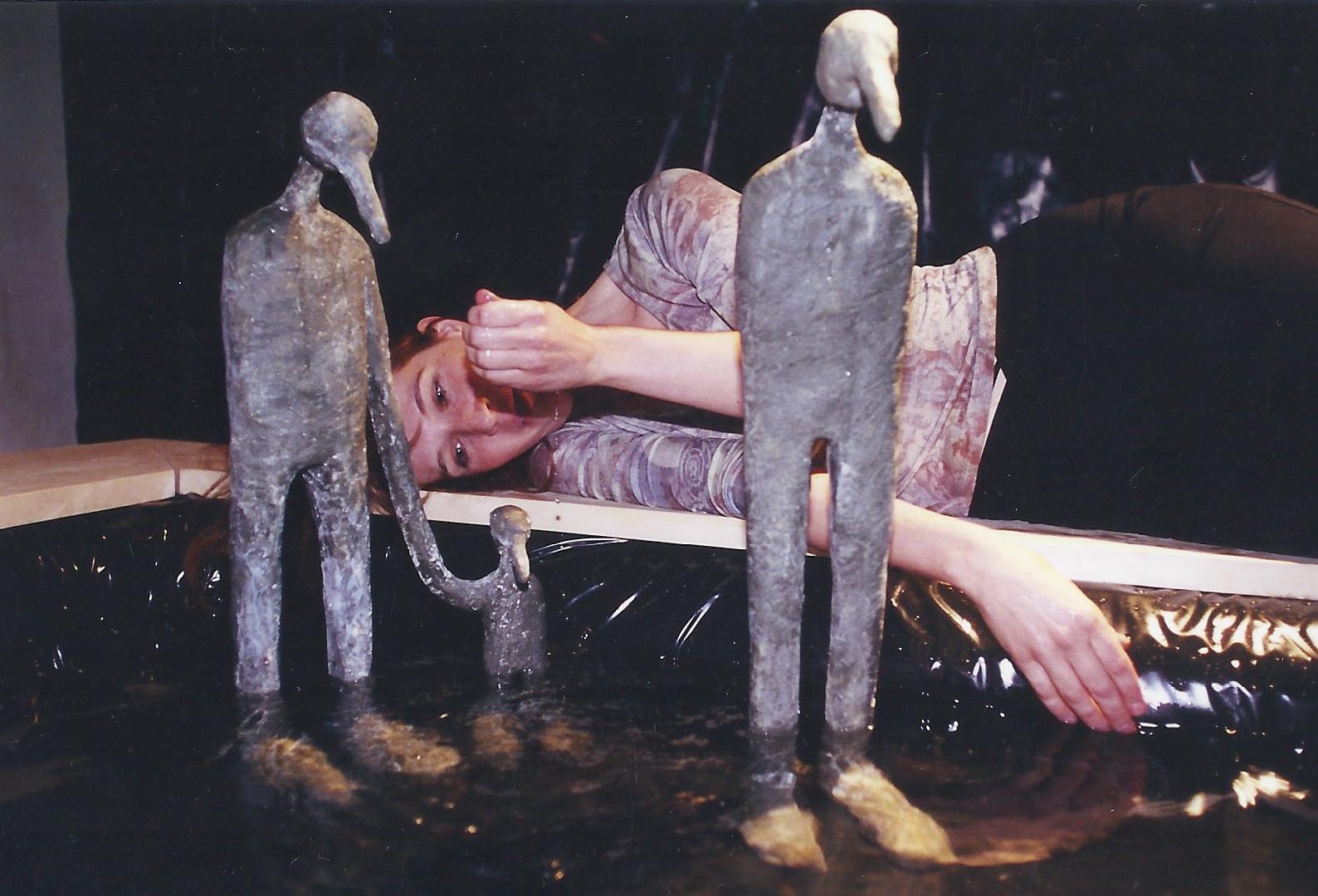 “This nocturne is, thus, the art and installation of bonding and detaching, and the conceptual framework based on strong emotional foundations.” 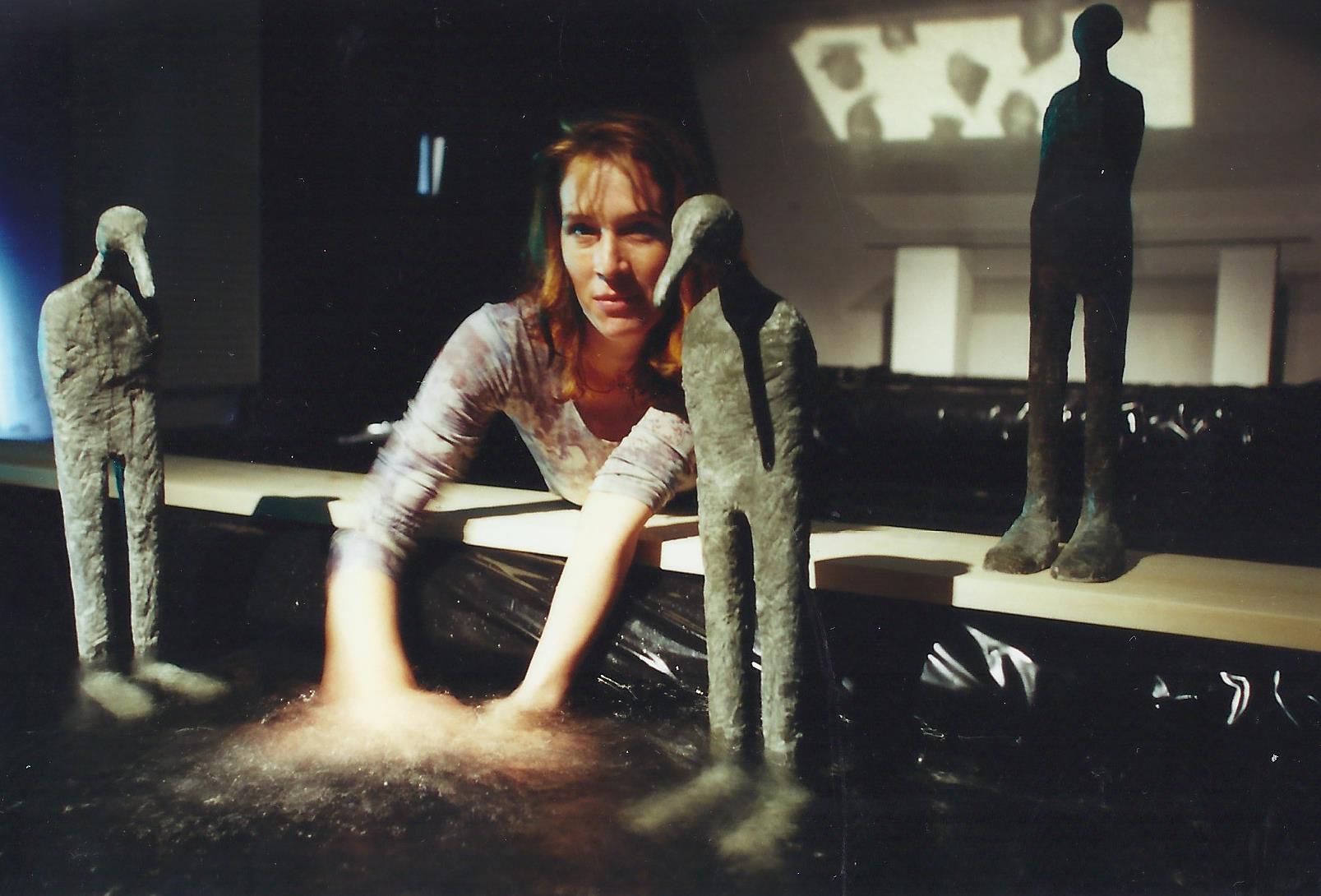 “Let’s see how this unique ritual unfolds. A ritualistic ceremony under the spell of water, motion, shadows, noises, music and flying… in a world: transcendence.” (Balázs Feledy)

There is a pool filled with water in the centre of the installation, surrounded by stylized creatures with beaks who are facing the centre of the pool and hoping to find the “source” there. In the opening ceremony, I did a performance with industrial artist Gertrúd Gondán, whose glass works were also placed in the pool. The exhibition was opened by the art historian Balázs Feledy. The complete speech is available in the descriptions of the pictures. “

The symbol of water brings us to vast historical times: it can be the source of life, it can be a way to purification and it is of high significance in Christianity from baptism to death. At the same time, water is a metaphor for peace and storm, for small and big and even for silence and noise. One form of water is the wave and a kind of trembling. The infinite number of its variations activates not only the water itself but also its surroundings and our spirits. Since water is a mirror and reacts to any light entering its surface. Absorbs, makes it dance, gets reflected, modifies, forms. We are standing next to a pool in which water is glimmering. There are strange bird-like, man-like creatures standing at its edges. They are almost wingless and voiceless. Still, they are some kind of celestial messengers, some kind of soul symbols. They are bound still capable of moving and together with the water ahead, they radiate a kind of timelessness.